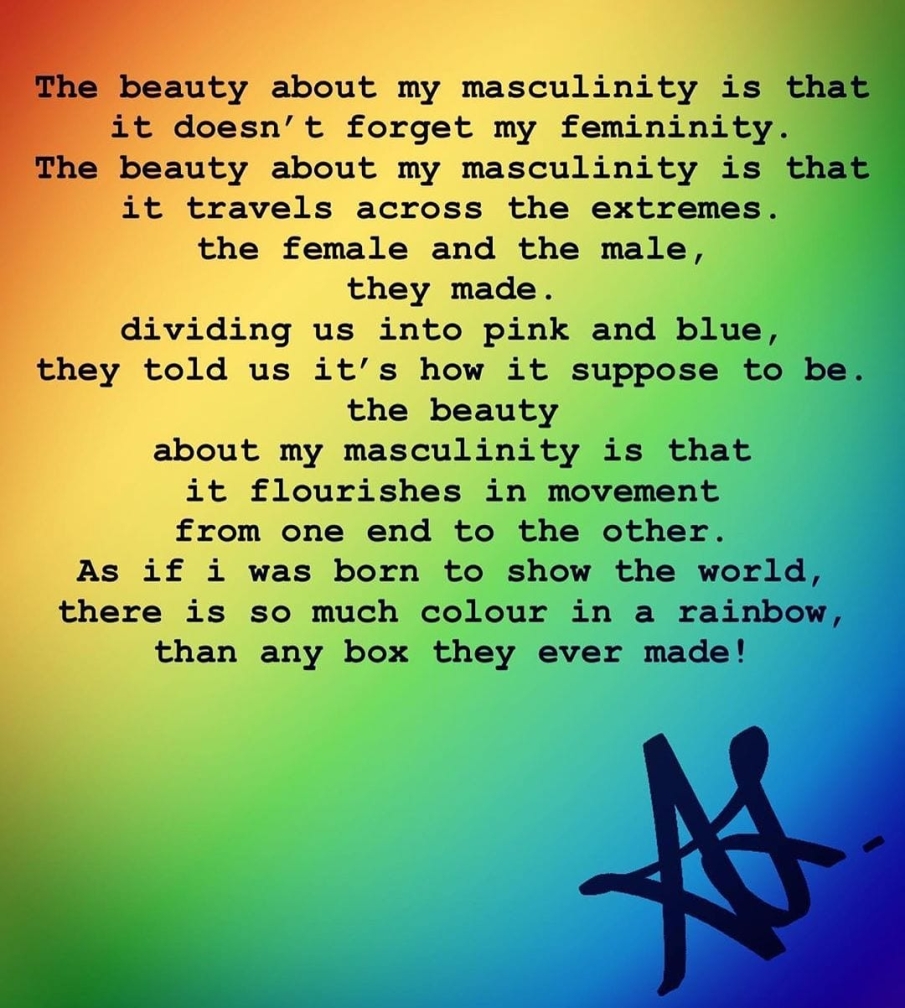 #genderequality
THE VOICE (PART-1)
@armaan_thepoet (Instagram) Go check it out.
Since we’ve been facing a lot of challenges to cope up with societal rules, regulations which include unnecessary beliefs on gender and sexes, putting religion into it and limiting the process of growth. I am always inspired by the people who really have impacted people with their words or voice, their stories, I found this great man from California, whose history is from Punjab, he is a poet, an activist, and an inspiring TikTok with one of the influencing episodes called ‘Dil Diya gllan’ to convey Punjab’s Trans community and immigrant problems in a very different and creative way, a transgender man Armaan Singh. Thank you so much for allowing me to let your story heard. And now I am unable to put the right words for this inspiring story😃 I can never imagine how hard it was for you to accept yourself in a world full of limited rules, how emotional it was for you to explain it to your family and came out with such an impactful voice and trans-Punjabi. The voice. I heard It all started with poetry, came out to be a healing process for Armaan, because in Punjabi culture or language we don’t have a word to describe the trans, gay…hence people unable to understand that it exists. We, try to put them into another box, which is so wrong, he said. This is so easy to understand yet so difficult for people to grasp it. Armaan has faced a lot in life, because of the absence of the right language to explain and generation gap and societal pressure of being what a man is and what women are. Armaan said that south Asian culture doesn’t value individualism and I couldn’t agree more on this.
He said, people in Punjab never talk about being genderqueer people. It was difficult to explain Punjabi parents and grandparents, and if we use English words, it sounds ‘western’ for them. The journey to at least knows the right word was challenging for Armaan. One of the things that Arman would like to convey to people to come out as trans, gay, lesbian, bi, anything that this world doesn’t accept… He said to talk to your close and trusted people if you really want to talk.

Let’s discuss the most demanding topic of all years, gender equality. You can also join the community.

What People Think Of #Feminism – Part 2

What People Think Of #Feminism? – Part 1

ARE YOU A MISANDRIST?

Women Need To Stop Doing This

Emma Watson: ‘The View Feminism “Man Hating” Has To Stop

Strategies for Women to Become Their Own Boss #ladyboss

HOW TO BE CONFIDENT FOR LIFETIME

I love Quotes, beautiful pictures and gifs, I’ve pinned a lot of it :

This site uses Akismet to reduce spam. Learn how your comment data is processed.